Cancer Took My Breasts. Reconstruction Helped Me Move On.

Cancer Took My Breasts. Reconstruction Helped Me Move On. 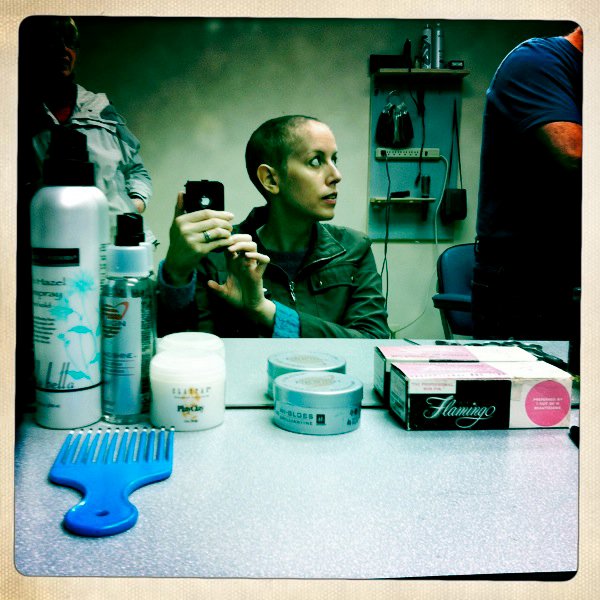 The week I started chemo, I got my hair shaved off and made into a wig.

I’d just turned 35 when I found a lump in my right breast. My doctor told me I was so young that it was probably nothing. It took a few months before I admitted to myself I should probably get that optional mammogram.

My original diagnosis was stage IV. Thankfully, I was really only late stage III, so I’m still here. But the tumor was so big and close to my chest wall they had to shrink it with five months of chemo before they could do the mastectomy. They took so much tissue, I was left with pretty much just skin over ribs.

The first time I peeled back the bandage, my knees buckled and I had to sit down, which my surgeon said was totally normal. Nurses would compliment me on the neatness of my scar, but I felt like I had been (very necessarily) mutilated.

I kept working through most of my treatment and recovery, often from the hospital. In an environment where showing weakness wasn’t a smart career move, I went to the office in a wig, missing eyebrows and eyelashes, trying to hide how tired I was with makeup.

I was honest about my cancer, but I wasn’t comfortable with most people knowing I’d lost my breast. For a year and a half, I wore a prosthetic pocketed into a bra and avoided low necklines.

Breast Reconstruction Isn’t a Given

Whenever I see stark black-and-white photos of breast cancer survivors baring their mastectomy scars, and I’m in awe of their badassery.

Choosing to live without breasts in this culture is an act of defiance and intense self-love. When I’ve talked with women who decided against reconstruction, they’ve told me that by the time they’d finished cancer treatment, they were sick of surgeries and just wanted to move on.

After five months of chemo, three surgeries, and six weeks of daily radiation, I understood this.

But also I suspected reconstructive surgery would help me move on in the way I needed to. In my oncologist’s waiting room, I’d met a fiftysomething woman in for a follow-up. She heard about my upcoming mastectomy and came this close to taking her top off to show me her new breasts. “Look, they’re so perky!” she enthused, giving them a squeeze.

After that, I knew if I made it to the other side, I’d get new breasts. I wanted a reality where I didn’t have to think about cancer every day.

Even after I was deemed cancer-free, I worried about my left breast. It felt sinister, and I realized I shouldn’t be sentimental. It would have to go, too.

I had never imagined I’d get plastic surgery.

A tail-end Gen-Xer, I’d called myself a feminist since age 16, around the time I got my first pair of steel-toed boots and started fending off grabby man hands in mosh pits. I’d never been especially fond of my breasts, but I’d also never considered implants. In my then-mind, liberated women didn’t modify their bodies to satisfy the male gaze, the only motivation I could imagine.

My decision to have breast reconstruction was driven partly by a desire to wear whatever I wanted, without worrying about anyone’s reactions. But mostly I just wanted to inhabit a new kind of normal, after a long period of extreme weirdness.

For Me, Finding the Right Doctor Was Mostly Luck

My mom and I started meeting with plastic surgeons, going entirely off recommendations from my doctors.

My case was a tough one. Most surgeons we talked to recommended the latissimus dorsi flap method, taking muscles from my back and flipping them around under my armpits, over implants. But my physical therapist warned me that I’d likely live the rest of my life with back pain. And I later learned on RealSelf that implants would have put me at high risk for capsular contracture, a painful scar tissue response common in women who’ve had radiation therapy.

Finally, we found a plastic surgeon who told me he could make me look good, but there was a better option: “I’d go to New Orleans,” he said. “They’re artists. They’re using techniques no one else is doing yet.” Using microsurgery, they’d move tissue from my hips to rebuild my breasts without implants.

Here’s something important for breast cancer survivors to know: Health insurance companies are legally required to pay for the reconstruction method of your choice, even if that method is only performed in another state.

My family and I flew from Seattle to New Orleans for two rounds of surgery at the Breast Center. The first time, I got my left-side mastectomy and initial reconstruction on both sides. I spent a few weeks in the Garden District on pain killers and came home looking really rough.

After five months of healing, I went back for fine-tuning. They made nipples, and took fat from my thighs to fill in the divots in my hips and chest. They threw in a tummy tuck to make me more proportional, which turned out to be the most painful part of my recovery. More than two years after I’d been declared cancer-free, I could finally start healing for good. 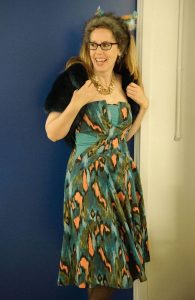 Last Halloween at RealSelf, going strapless as a glamorpuss.

Why I Wish I’d Known About RealSelf

Three years later, my scars are fading, and I’m more comfortable with my body every day. It’s far from perfect, but whose is? My goal was to feel whole again, and I do. I can go days without thinking about cancer.

Happy as I am with my outcome, I can’t help thinking how much better my experience would have been if I’d known about RealSelf.

It would have saved us tons of time researching options and surgeons. It would have opened my eyes earlier to more advanced providers outside Seattle. I would have seen before and after photos posted by real women, which would have been hugely comforting.

I also would have realized that tummy tucks are major surgeries and usually only done on women who’ve had babies or major weight loss, so I probably would have taken a pass and made my recovery so much easier.

Most of all, I would have been part of a community of women going through the journey together. I had wonderful support from family and friends, but it’s different when you can share your experience with people who absolutely understand because they’re living it, too.

That’s one of the reasons I love my role in helping build the RealSelf community. It’s an incredible support network for anyone wanting their body to align more closely with their real sense of self, whatever that means to them.

Mari Malcolm is the Director of Community at RealSelf.

RealSelf Turns 10: Staffers Share How It’s Changed Over the Past Decade

8 RealSelf Fellows to Support Reconstructive Surgery Efforts Around the World